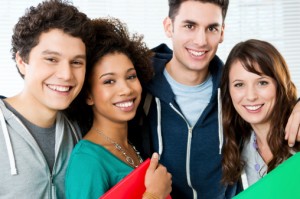 Sorry, kids. We messed up! No doubt about it: Gen Zs were born into a firestorm, into economic, social, political, environmental, and cultural volatility, but here’s what inspires hope: they know it, and they want to fix it. Not after work, not on weekends. They want their jobs to connect with and support their passions—not simply fund them.

Will Generation Z change the nature of work? It already has.

Their Cause, Their Job

A young American, Maya Penn started a company, Maya’s Ideas, that sells environmentally friendly clothing and accessories. As designer and creator, she’s the soul of the company. As CEO, she’s the brains, expanding sales to Canada, Denmark, Italy, Australia, and beyond. She’s also the conscience: Maya donates 10 to 20 per cent of her profits to charity and is active in several philanthropic causes.

She started her company when she was eight years old. Now, at the ripe age of 14, she’s helping establish Gen Z’s reputation as socially aware, passionate, and, at the same time, pragmatic, mature, and insanely capable.

Employers are fast facing a wonderful “problem”: an incoming generation of people who want to make the world better, and who are willing to do that at the expense of larger profits, higher salaries, or other financial rewards. Whether providing jobs, creating a workplace, or selling products, why wouldn’t companies want to cater to Gen Z?

Compensation in a Gen Z World

Speaking broadly, Gen Zs know the value of a buck. They experienced the impact of the Great Recession and saw many of their older Millennial siblings move back in with mom and dad after hard financial hits. They tend to be more careful with their money, but they are not driven by it. It’s just not as motivating to them.

For employers, this means that you have to look at compensation holistically. The actual paycheque is just part of the equation. Non-cash incentives, whether travel or creative recognition programs, will be much more powerful incentives.

When we onboarded employees at Maritz (now Bond Brand Loyalty), we gave them a survey which asked how they liked to be recognized for their successes. We had to find out what motivated them, and individualize the recognition strategy.

Gino, for instance, might love nothing more than to be called down on stage in front of the entire company, patted on the back by the president, and told—with a microphone—that he did a great job.

Sally, on the other hand, wouldn’t show up for work if she knew that were going to happen. Would she underperform to avoid such a display? I can’t speak for Sally, but why risk it? Ask her what type of recognition she wants: she might prefer to go out for lunch with close colleagues or receive a personal letter from her supervisor, perhaps with a little gift card. (Come on, it’s Sally we’re talking about here).

In any event, as Gen Zs come of age, employers are going to have to start thinking more broadly about compensation and recognition. To get the best outcomes and to ensure you have a highly motivated team, you have to reward them in a way that is most relevant to them.

Recognition could come in the form of making donations to star performers’ favorite charities or giving them a day off to volunteer. Keep in mind that 26 per cent of Gen Zs already volunteer. (And you thought teenagers were self-absorbed; I kind of did.)

You can expand that and feature company-funded volunteer days to include all of your people—and to get your company out into the community. At Atlantis Creative Group, for instance, we decided to trade in our lavish Christmas party for a trip to the Y. We partnered with a local YMCA program, which offered subsidized housing for single mothers, and took our Christmas party to them: trees, decorations, food, and Santa with presents.

It was fun for the kids, a burden off of the moms’ shoulders (a few less gifts to worry about), and rewarding for the staff. It was a much better investment of our time and money, and certainly put everyone in the holiday spirit. This kind of initiative is only going to become more important as Gen Zs come of age.

Why are we talking about Gen Z employees when many of them haven’t even graduated high school yet? Two reasons: one, they’re coming, and it pays to prepare; and, two, why not start implementing these initiatives now? Your other employees may benefit, as will you through increased motivation and engagement.

Generation Zs want to change the world, and they’ll change the entire nature of work to do it. Creating a workplace that caters to them simply serves everyone—employees, the organization, and the community—better.