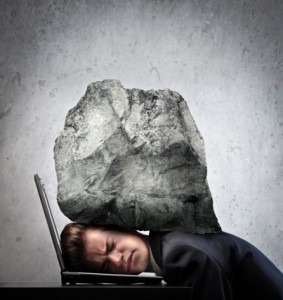 Working overtime has become the norm for most people. Unfortunately, it can have extremely negative impacts on your health, happiness, and overall quality of life. It’s time to be honest with yourself and answer the questions: How many hours per week do you typically spend working? Do you find yourself stressed-out the majority of the time, logging late nights at the office, and wishing that there were just more hours in the day? If so, wake up! You’re being overworked. It might be time to start putting yourself first. If not, the results could be drastic.

There is a lot of truth to that last statement. Mita Diran, a young copywriter for Y&R Indonesia posted a complaint two weeks ago on Twitter: “30 hours of working and still going strooong.” Not an uncommon tweet for a young millennial, however the repercussions were quite uncommon. Mita soon collapsed after her tweet, passing away the following day.

It’s obvious that Mita thought this would just be another witty tweet, complaining about her time demanding schedule, and she would likely post another in the upcoming days. Unfortunately, her trend of tweets foreshadowed this tragedy, and it should be a wakeup call about the intense pressures certain industries face to perform on short deadlines.

After reading this article, it was time to reflect.

My agency was definitely a sweatshop at times. God forbid, no one died, but there were certainly a number of times people broke down in tears, myself included. However, the difference was that I was working just as hard as the rest of them. It seems like the path to success, doesn’t it? The more you work, the more you reap the success? No, the answer is no. I know now that we could have been equally successful, or even more successful had we not worked so many hours.

Let’s break that concept down a bit. Take a look at the Sports Industry. A hockey franchise would never put their best athletes on the ice for the whole game. They would at most put them on for 25 minutes of the 60 minute game. Sports players work in shifts so that they can re-charge their famous skill-set. They don’t burn out. They endure, while being smart about it, which in turn produces the most efficient and powerful results.

Owners and managers really need to wake up to the fact that working people to the bone isn’t driving profits like they believe it does. Death shouldn’t be the wake up call either, but it would seem like that’s what we have succumbed to.  So what are we over-achieving workers to do? Honestly, we need to smarten up and get our lives back before they take the best of us.